Home»Reviews»IN THE BEAUTY OF THE LILIES 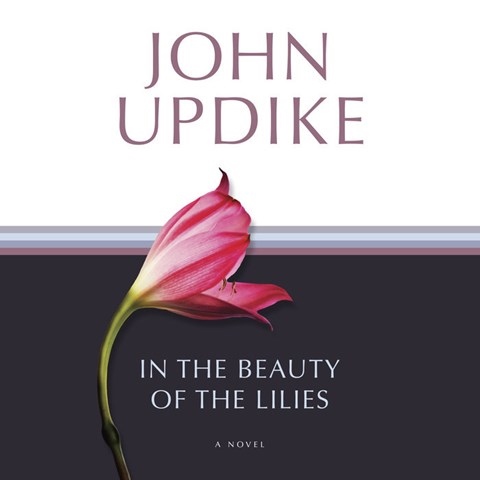 IN THE BEAUTY OF THE LILIES

Narrator Jason Culp affects the anxious, educated, and astute tone of Clarence Wilmot, a thoughtful clergyman in 1910 Paterson, New Jersey, who loses his faith but finds solace in movies. His son, Teddy, becomes a mailman who rejects all aspects of religion. Culp portrays him in a flat, sad tone. Wilmot's granddaughter, Esther, becomes a movie star, a media goddess, and Culp depicts her with a sly grin and a fatherly quality in his voice, allowing the listener to relish the irony of her career choice. Culp's take on Esther's son, Clark, a neglected lost soul who joins a Christian cult in the 1980s, is emotional and authoritative as it brings Updike's exploration of America's Judeo-Christian evolution full circle. R.O. Winner of AudioFile Earphones Award © AudioFile 2020, Portland, Maine [Published: APRIL 2020]