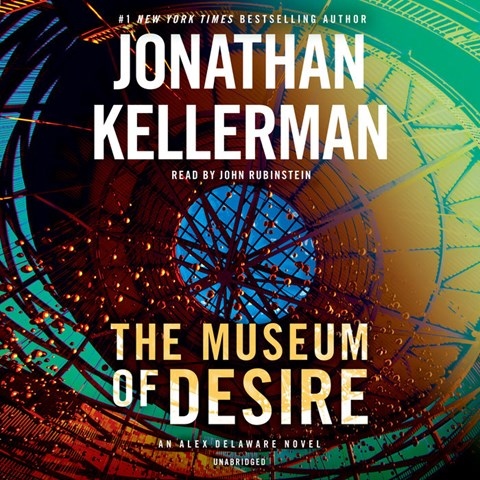 Fans of Kellerman's Alex Delaware series will find the 35th book in the series an engaging listen, thanks to John Rubinstein's masterful narration. The plot, which starts with a gruesome staged multiple murder, involves well-known characters from previous audiobooks in the series as well as new characters. Rubinstein shines at differentiating the many characters, including a socially "different" teenager, social-climbing women, a nun, and a drunk, dysfunctional artist. Typical of Kellerman's style, the story is driven through dialogue, much of which involves speculating and analyzing from a psychological perspective. Delaware's specialty is the behavior and motivation of the potential suspects. While the action doesn't get revved up until near the end, the audiobook is worth staying with. E.Q. © AudioFile 2020, Portland, Maine [Published: APRIL 2020]