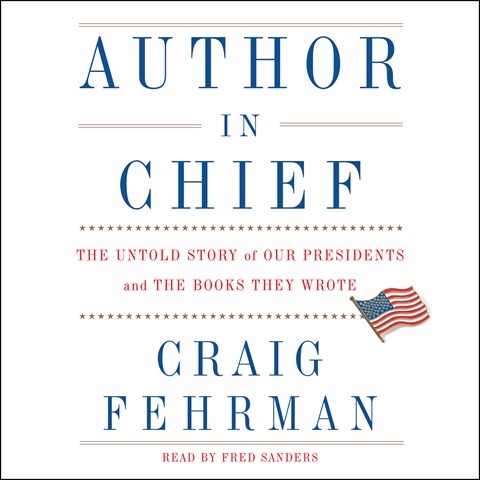 This absorbing audiobook is surprising in many ways, not least of which are the vivid stories that bring each American president's struggles with his writing (or ghostwriting) alive. While some, like John Adams, wrote to settle scores and preserve their legacy, others, like John F. Kennedy, wrote to promote their candidacy. With his warm voice and clear diction, narrator Fred Sanders ably recounts anecdotes that reveal each president's insecurities, intellect, and, often, ego. But their stories also reveal how the reading public evolved over our country's history, aided in the late nineteenth century by the establishment of Andrew Carnegie's network of public libraries. The result is a rich political and social history of the republic, seen through the prism of books, their presidential authors, and readers. L.W.S. © AudioFile 2020, Portland, Maine [Published: MARCH 2020]