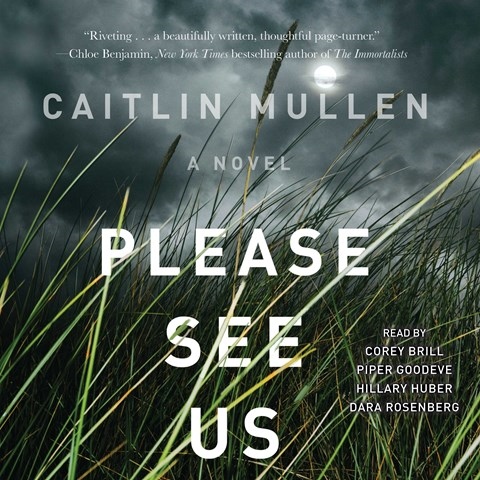 A team of compelling narrators tells the story of women murdered and forgotten in seedy Atlantic City. Narrator Hillary Huber delivers the gut-wrenching points of view of a series of Jane Does before and after their murders. Among the living characters, Dara Rosenberg gives voice to Clara, a teenage boardwalk psychic who desperately wants to escape the "dates" her aunt sets up for her, all while being tormented by visions of women covered in flies and mud. Piper Goodeve portrays Lily, a woman who has returned to Atlantic City after a tragic betrayal. Goodeve's and Rosenberg's emotional performances make it very difficult not to become fully invested in the well-being of the characters in this Edgar Award-winning title. V.B. © AudioFile 2021, Portland, Maine [Published: MAY 2021]