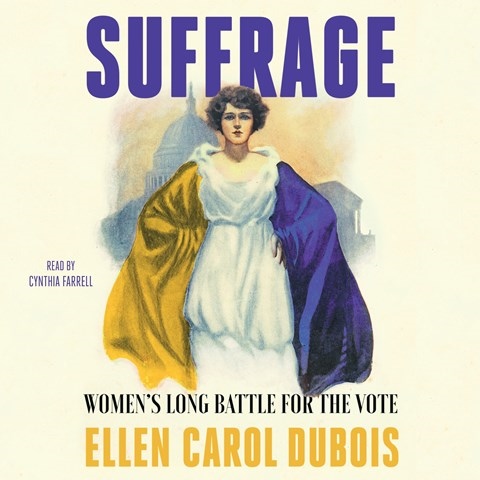 Narrator Cynthia Farrell's pace and energy engage listeners with this riveting history of the women's suffrage movement from the mid-nineteenth to the early twentieth century. DuBois's accomplished writing and Farrell's magnetic performance capture the accelerating momentum of this national cause as women began leaving the domestic sphere to enter the workforce in increasing numbers. Farrell carries listeners through the movement's evolution from the formation of suffrage associations through affiliations with trade unions and temperance societies to political protests, labor strikes, arrests, and participation in national and state political parties. The grit, determination, sacrifice, and struggle of leaders such as Susan B. Anthony, Lucy Stone, Alice Paul, and Carrie Chapman Catt come through in Farrell's narration, as does the dynamic spirit of the movement itself. M.J. © AudioFile 2020, Portland, Maine [Published: MARCH 2020]