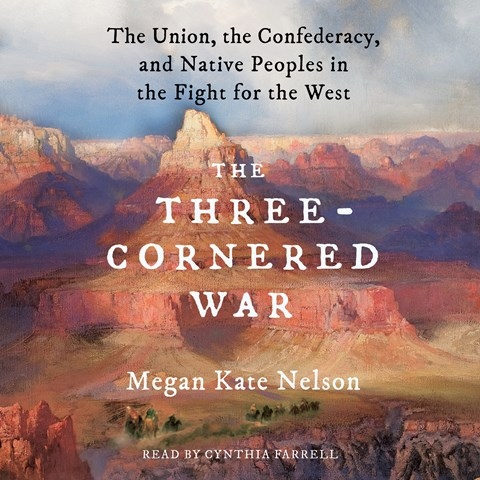 THE THREE-CORNERED WAR The Union, the Confederacy, and Native Peoples in the Fight for the West

Cynthia Farrell gives a solid narration of this fascinating and well-written account of the American Civil War in the West. While the main action of the Civil War took place between Richmond and Washington, there was a war west of the Mississippi, and this work looks at the war far west of that--in what is now New Mexico and Arizona. Through the lives of nine people who were in the midst of this drama, we see how the Confederate, Federal, and Native American antagonists interacted and had many divergent, and similar, goals. Farrell's alto voice is pleasant, and her enunciation good. While her tone is mostly expressive, she occasionally comes across as flat and disengaged. Still, this fascinating account of a relatively unknown theater in the War Between the States is time well spent. M.T.F. © AudioFile 2020, Portland, Maine [Published: MAY 2020]