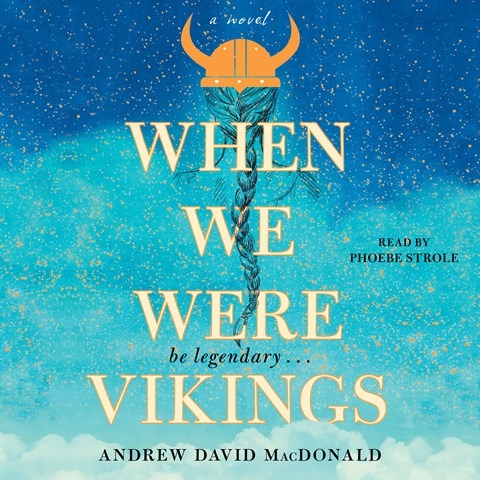 WHEN WE WERE VIKINGS

This gem of a performance by narrator Phoebe Strole shines so bright that it will surely catch the eye (or ear) of any listener. Viking enthusiast Zelda fiercely lives her life without apology. Her fetal alcohol syndrome is a mere hiccup in her plan to write her own legend. While she's determined to become her own person as she migrates into her 20s, life becomes more difficult when she discovers that her brother, Gert, has been dealing drugs in order to support the two of them financially. Strole's innocent and thoughtful tone is custom tailored to Zelda's curious and vivid personality. Listeners will also find each supporting character complex, real, and unique. With Strole's raw approach, this spectacular story and performance will be a fantastic addition to any audio library. G.M. Winner of AudioFile Earphones Award © AudioFile 2020, Portland, Maine [Published: MARCH 2020]