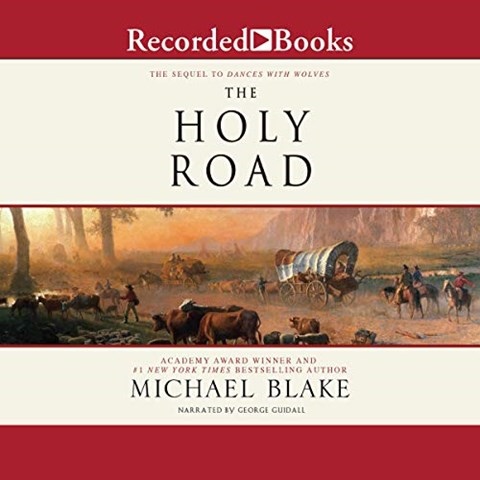 George Guidall narrates the sequel to DANCES WITH WOLVES. The peaceful life Lieutenant John Dunbar has built with his family is threatened by encroaching American soldiers. Dunbar, now called Dances with Wolves, gathers a small hunting party to strike back against white rangers after a horrific assault on a Comanche village. Guidall gives the characters nuance and the sweeping narrative an evocative voice. The narration and writing blend well, with captivating pacing, tense action, and a gut punch of an ending. Guidall's steady voice balances the action with joyful exuberance and heartrending sadness as the historical Western captures the horror and inhumanity of the time. Fans of the movie and newcomers alike will be swept up in an epic listen brimming with courage and honor. J.M.M. Winner of AudioFile Earphones Award © AudioFile 2020, Portland, Maine [Published: APRIL 2020]