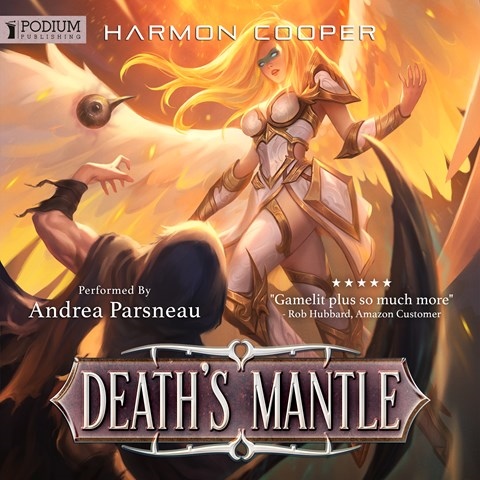 The "death" who comes for Lucien has been helping people pass over for more than 300 years. Narrator Andrea Parsneau portrays him as an old, tired, and somewhat feeble man. In contrast, although Lucien has outlived his doctors' estimate of his life expectancy by two and half times, Parsneau makes him seem vital and feisty when he tries fending off Death by drawing a gun on him. When he becomes Old Death's successor, Parsneau imbues Lucien with a passion for discovering his powers and limitations. Lucien meets other personifications of death, angels, fallen angels, and demons, and Parsneau uses accents and varying tones to distinguish them. She vividly portrays their wrangling with one another and makes smooth transitions when they find their interests aligned. J.E.M. Winner of AudioFile Earphones Award © AudioFile 2020, Portland, Maine [Published: MARCH 2020]