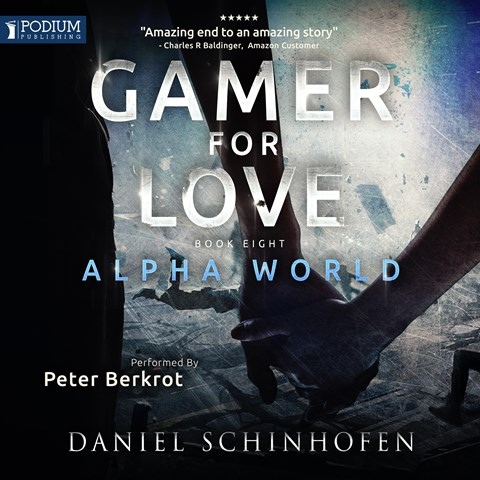 Peter Berkrot masterfully narrates the final adventure in the Alpha World series. The series comes full circle with Alburet and his allies journeying to the Lost Prison of Alctriuz for an epic raid. The story alternates between drama, thriller, and romance with the steady game-like feel of the LitRPG genre. Berkrot maintains a gravelly timbre and an almost sinister tone throughout, skipping from character to character with engaging agility. From an Irish brogue to an elderly voice that cracks with age, the eclectic voices sound dynamic. Each character thrums with life, and their personality bleeds through Berkot's own voice. The story races toward a rewarding conclusion for series fans, yet this entrancing adventure will also pull in newcomers. J.M.M. © AudioFile 2020, Portland, Maine [Published: JULY 2020]