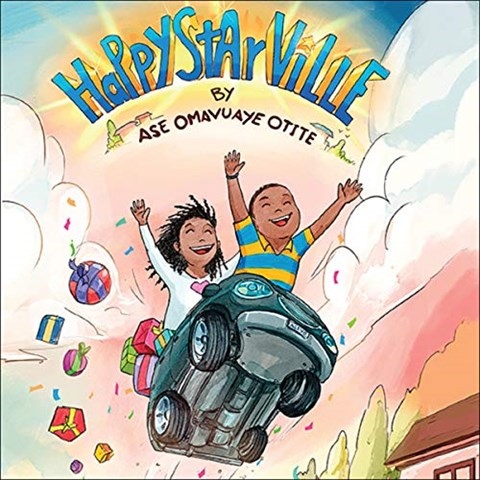 Alesia Miller enthusiastically narrates this charming yet instructive story set in Happystarville, a magical hamlet. To celebrate the village's golden anniversary, there is unlimited food, juice, and candy. Listeners will join the Adar twins as they feast and rejoice; colorful descriptions and lively discussions add to the atmosphere. Miller vividly introduces young Ono, who decides to disobey the command not to eat until noon the day after the party, and the fury of the townsfolk when they realize they must now work for their daily sustenance. As repentant Ono leaves Happystarville for Sadworkville to seek forgiveness for disobeying, his voice shakes with fear. The contrast between Ono and jolly Oma, who instructs him to obey and never lie again, rounds out the delightful story. S.G.B. © AudioFile 2020, Portland, Maine [Published: APRIL 2020]