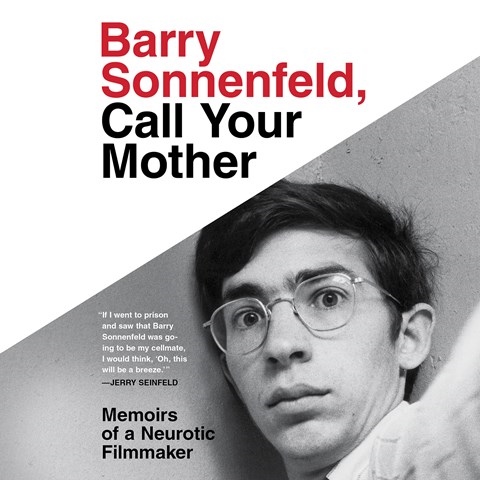 BARRY SONNENFELD, CALL YOUR MOTHER Memoirs of a Neurotic Filmmaker

Barry Sonnenfeld, who has directed and produced numerous films, including MEN IN BLACK, THE ADDAMS FAMILY, and a series of pornographic shorts, tells the story of his tortured life. While a seasoned narrator might have lent some rhythm to the narration, Sonnenfeld performs it without emotion. He plows right on, one story after another, in a Woody Allen-esque recitation of his horrible life. True, he wasn't physically abused by his family--school bullies took care of that--but they tortured him psychologically. From an overbearing, incompetent mother to an uncaring father who allowed him to be molested by a cousin, he learned to fend for himself. That drive made him one of Hollywood's most famous producers and directors. M.S. © AudioFile 2020, Portland, Maine [Published: APRIL 2020]