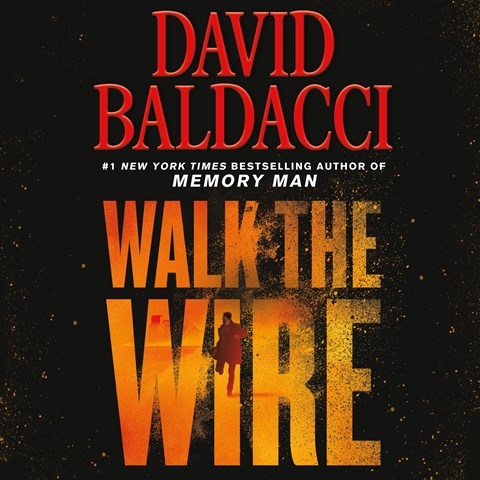 Narrating duo Kyf Brewer and Orlagh Cassidy deliver Amos Decker's sixth adventure. Decker, a former FBI agent turned consultant, who has perfect recall, and his lovely partner, Alex Jamison, investigate the murder of Irene Cramer, whose body is discovered mutilated and autopsied on deserted hunting grounds in North Dakota. In a gravelly voice Brewer narrates this thriller, shifting tone and accent for the male characters. Orlagh Cassidy's no-nonsense performance is perfect for the female roles. Brewer's and Cassidy's characters interact with one another seamlessly as the stress of the case grows. Decker and Jamison are joined by CIA assassins Will Robie and Jessica Riel as they investigate this complicated mystery filled with multiple murders and overlapping motives in the oil and fracking fields of North Dakota. M.B.K. © AudioFile 2020, Portland, Maine [Published: APRIL 2020]