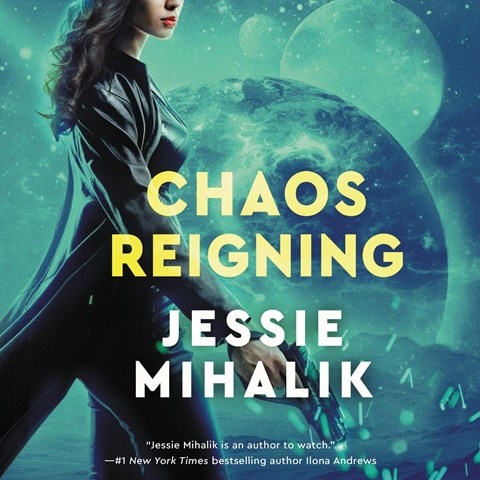 Emily Woo Zeller's clear and dramatic narration transports listeners to a world of interstellar politics and romance. Lady Catarina von Hasenberg is the youngest sibling at High House, and others overlook her--but she hides superhuman strengths. Zeller portrays Catarina's public persona as bright and bubbly, while her inner monologue reflects her intelligence and anxiety over the fate of her family after a deadly attack. In this third installment of The Consortium Rebellion series, listeners learn more about the ongoing war between Houses. Catarina gets caught up in the action and is almost killed on an intelligence mission at a rival House. Alexander, Catarina's handsome bodyguard, is portrayed in a gruff voice that warms as the two team up and give in to their desires. E.E.C. © AudioFile 2020, Portland, Maine [Published: JULY 2020]