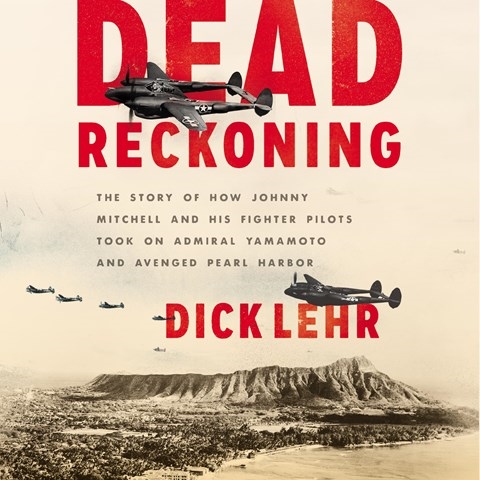 by Dick Lehr | Read by Will Damron

Narrator Will Damron's subtly expressive voice is a good match for this well-written account of the directed killing of Japanese Admiral Yamamoto, the man who spearheaded the attack on Pearl Harbor. Lehr's work is a nice biography of not only Yamamoto but also of the commander of the U.S. mission, Army Air Forces Major John Mitchell, and several of the pilots he chose to accompany him. As was the case for the Battle of Midway, U.S. Forces used decoded Japanese messages to plan the mission, which took place in April 1943. While he sounds dispassionate, Damron's delivery is quite subtle with both narrative and quotes. He makes this production engaging. M.T.F. © AudioFile 2021, Portland, Maine [Published: JANUARY 2021]