Home»Reviews»HOW DID WE GET HERE? 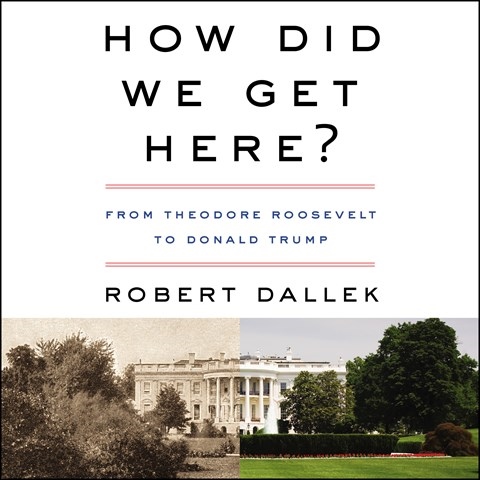 HOW DID WE GET HERE? From Theodore Roosevelt to Donald Trump

Historian Robert Dallek, no Donald Trump fan, looks back at twentieth-century chief executives to see if he can make sense of how we ended up with Donald Trump's presidency. Narrator Rick Adamson captures the author's conversational tone as he paints vivid portraits of everyone from Teddy Roosevelt, with his "insatiable need for attention," to Ronald Reagan, who was uninterested in ideas that didn't fit his rigid preconceptions. Though he mentions later presidents, Dallek argues it's too early to understand their respective legacies. Adamson's genial style turns abrupt when referring to Trump, and Dallek suggests that his legacy is likely to be dismal. This is a fascinating look at what each president brought to that role, and what their successes and failures say about those choices. L.W.S. © AudioFile 2020, Portland, Maine [Published: JULY 2020]