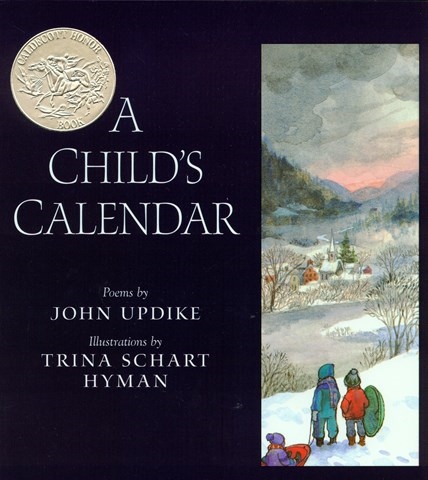 Updike’s 12 poems celebrate the changing seasons with images that might catch a child’s eye. His verses, some of which are very lovely, focus on changes in the natural world (from snow to mud to crocuses) and on celebrations that accompany these changes (Christmas, Valentine's, Fourth of July). Each verse ends with a sound image that connects to the month’s poem (such as the sound of fireworks or baseball heard on TV). Updike’s presentation is earnest. While he sometimes overemphasizes line breaks in his poems, he has a kind voice and reads carefully, allowing time for children to enjoy the lovely gem-like illustrations by Trina Schart Hyman. J.C.G. © AudioFile 2005, Portland, Maine [Published: JUNE/JULY 05]