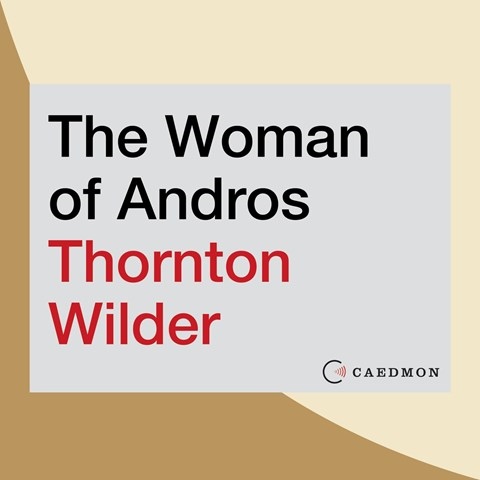 THE WOMAN OF ANDROS

Thornton Wilder's short novel is subtle and poetic, and Jane Copeland's even-tempered narration settles into its cadence. The story indirectly follows Chrysis, an outsider, who has come to the unnamed Greek island where the novel is set. The local inhabitants dislike Chrysis because she is from a different culture, but she gains influence over the island's young men. At the same time, she demonstrates noble, self-sacrificing traits. Copeland portrays Chrysis in an earnest, soft-spoken manner that captures her confidence and detachment. In contrast, her younger sister manifests a desperate, almost miserable, tone. Copeland's narration reflects the novel's juxtaposition of the two women and how each affects the young man Pamphilus in different ways. D.M.W. © AudioFile 2020, Portland, Maine [Published: NOVEMBER 2020]