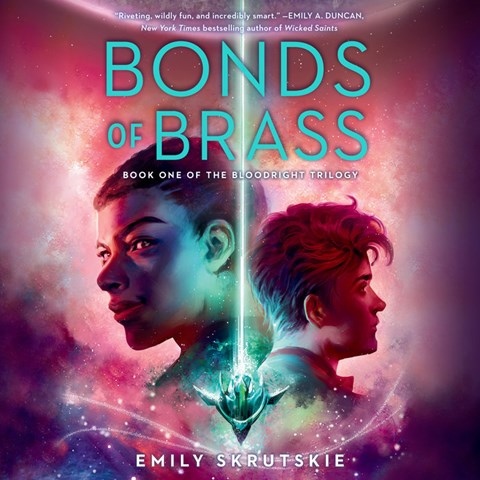 James Fouhey's outstanding narration heightens every nuance of the complicated characters and lush world-building in this queer space adventure. Orphaned by war, Ettian has built a life for himself as a military pilot when he learns that his best friend is heir to the empire that destroyed his homeworld. Then an attempted assassination causes the boys to flee on a cross-galaxy quest for safety. Fouhey creates specific voices for every character, utilizing a range of accents that bring diverse galactic societies to life. His voice enlivens the fast-paced action sequences and tenderly--sometimes painfully--embodies Ettian's turmoil and romantic longing. Fouhey's chameleon-like ability to express emotions ranging from rage to desire brings listeners deep into an unfamiliar world and turns this compelling novel into something truly magnificent. L.S. Winner of AudioFile Earphones Award © AudioFile 2020, Portland, Maine [Published: JUNE 2020]