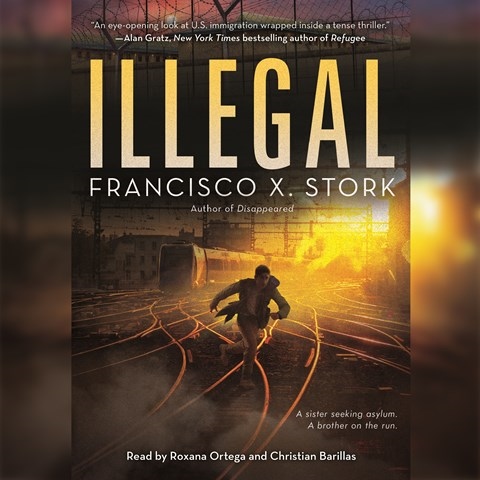 Roxana Ortega and Christian Barillas return to narrate the conclusion to Stork's previous book, DISAPPEARED. Having escaped the cartel in Mexico and illegally entered the United States, Sara, voiced by Ortega, has applied for asylum and awaits in a detention facility for a decision on her status. Ortega conveys Sara's frustration as her faith in the U.S. justice system wanes with each passing day. Her brother, Emiliano, voiced by Barillas, manages to evade U.S. authorities but is being pursued by the cartel because he has evidence that proves their trafficking activities. Brutal worlds are revealed as the siblings risk everything to secure better lives. An intense, action-packed listen. A.K.R. © AudioFile 2020, Portland, Maine [Published: SEPTEMBER 2020]