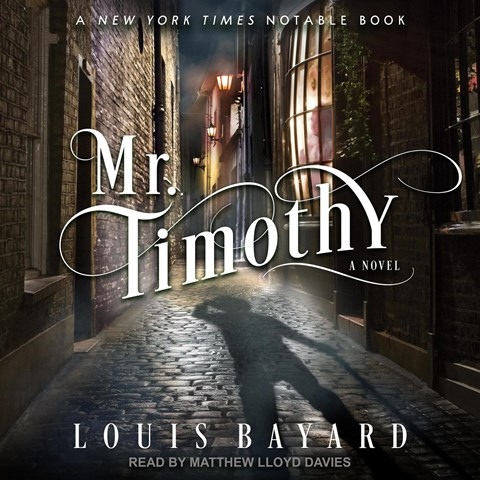 Royal Shakespeare Company performer Matthew Lloyd Davies doesn't just narrate this new audiobook--he turns his entire performance into a one-man show. Tiny Tim is no longer so tiny. With the loss of his father, Bob Cratchett, the adult Timothy has lost his pious nature and turned to living in brothels and checking the pockets of the dead for money. When he discovers the bodies of two girls, he accidentally involves himself in a dangerous mystery. Davies brings intense energy to his performance He narrates a section about a man being choked as if he were being choked himself. His performance is so good that it becomes easy for the listener to picture the dirty streets and strange cast of characters that make up Timothy's world. V.B. © AudioFile 2020, Portland, Maine [Published: AUGUST 2020]