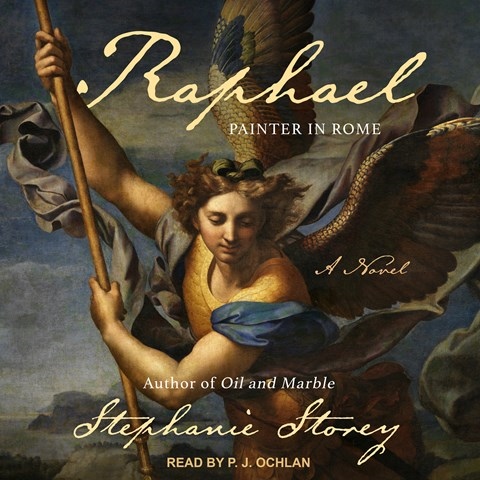 Narrating entirely in an Italian accent, P.J. Ochlan captures the youthful exuberance of the Renaissance artist Raphael as he tells his own story of how he painted the papal apartments in the Vatican. Raphael's hard climb to fame as a self-described "nice boy from Urbino" in corrupt Rome is made especially difficult by his rivalry with the volatile Michelangelo. The two artists feed off of each other's successes and failures while maintaining a sympatico relationship. Ochlan's dramatic portrayals of the many supporting characters add humor to this vividly imagined story. The listener will be entertained by the voices of cutthroat dukes and cardinals, conniving maidens, and Pope Julius himself. Ochlan gives his all to this performance of a story both hilarious and touching. J.E.S. Winner of AudioFile Earphones Award © AudioFile 2020, Portland, Maine [Published: APRIL 2020]