Home»Reviews»THE EIGHTH WONDER OF THE WORLD 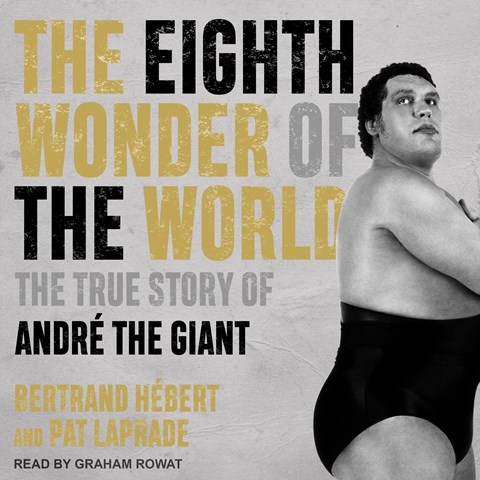 Narrator Graham Rowat sounds like a wrestling announcer as he describes a key match in André the Giant's career, the 1987 Wrestlemania at the Pontiac Silverdome. André is known to many from THE PRINCESS BRIDE and also played Bigfoot in "The Six Million Dollar Man," but author Bertrand Hébert concentrates on his ring career. Rowat quotes ring figures with gruff voices, maintaining the studio wrestling feel of this audiobook throughout. Hébert acknowledges that André's life story is full of unanswered questions, including when the star learned that his size was a result of acromegaly. Hébert's biography gives listeners a loving tour of wrestling promotions of the 1960s and '70s, with stops in France, Japan, and Quebec. J.A.S. © AudioFile 2020, Portland, Maine [Published: AUGUST 2020]