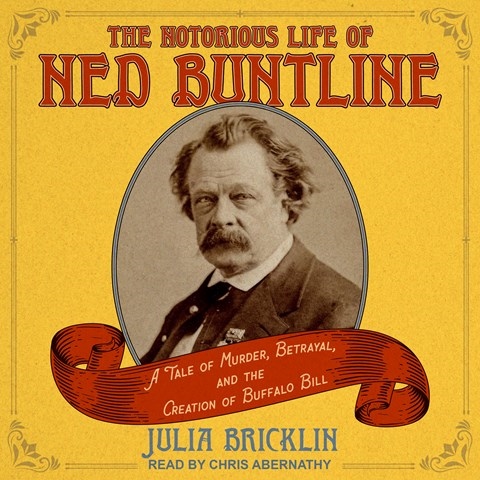 THE NOTORIOUS LIFE OF NED BUNTLINE A Tale of Murder, Betrayal, and the Creation of Buffalo Bill

Chris Abernathy's narration starts off by putting listeners at the scene of the Astor Place Riot of 1849, which the writer Ned Buntline was involved in. Abernathy puts a sense of urgency into the blow-by-blow accounts of violence in Buntline's life story. Elsewhere, there's amusement in Abernathy's voice as he reads newspaper clippings on the play Buntline wrote for William "Buffalo Bill" Cody. Buntline is the nineteenth-century writer who popularized Cody and the Western myth in plays, serials, and dime novels. That comes late in Buntline's life-- and late in the audiobook. Before then, listeners will find a lot to dislike in Buntline, whose life was filled with violence, anti-immigrant politics, and bigamy. J.A.S. © AudioFile 2020, Portland, Maine [Published: JUNE 2020]