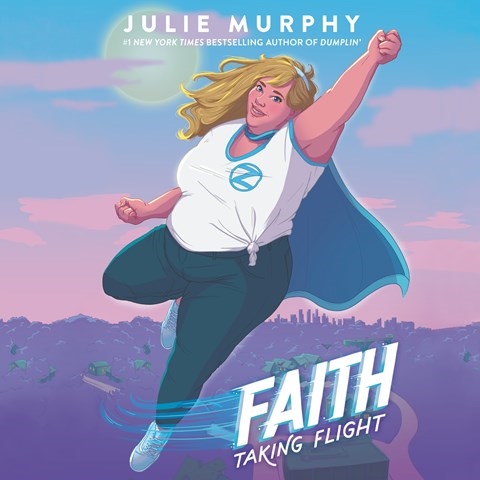 Narrator Joy Nash guides listeners through the intense origin story of Faith Herbert, aka Zephyr, from the graphic novels published by Valiant Comics. Seventeen-year-old Faith volunteers at the animal shelter and runs a fan blog for her favorite teen drama, "The Grove." But when the TV show relocates filming to her hometown and actress Dakota Ash's interest in her seems more than platonic, Faith can almost forget about the string of lost animals, missing people, her grandmother's descent into dementia, and her recently discovered ability to fly. Nash's narration is fueled with high energy; she adds enthusiasm to a large cast of characters, using distinct voices for each one. A heartfelt and humorous performance that expertly balances multiple plotlines. A.K.R. © AudioFile 2020, Portland, Maine [Published: AUGUST 2020]