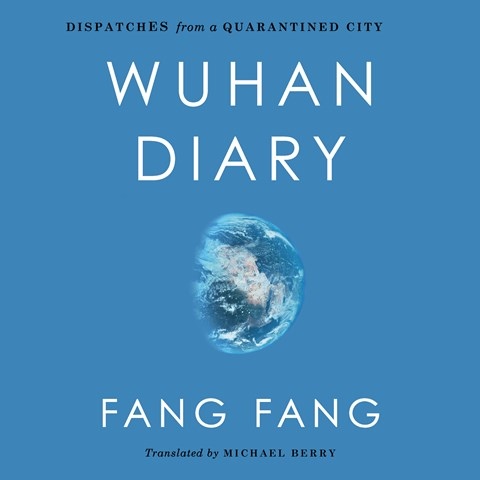 Emily Woo Zeller's melodious voice, clear diction, and thoughtful pacing shape these dispatches from the epicenter of the COVID-19 outbreak. She emulates Fang Fang's tone whether she discusses daily life, takes officials to task for an insufficient response to the pandemic, or vigorously defends herself from the Internet trolls and ultra-leftists who attack her. Novelist Fang becomes the social conscience of China even as her daily posts on Weibo and then WeChat are taken down the next day. Wang's entries speak truth to power. She lambastes the prominent doctor who said the virus was not contagious, unmasks civic ineptitude, and calls out the media for phoniness. Fang's message has been heard. Millions of her posts were read during the 76 days of quarantine. This audiobook presents a heroic writer. A.D.M. Winner of AudioFile Earphones Award © AudioFile 2020, Portland, Maine [Published: JUNE 2020]