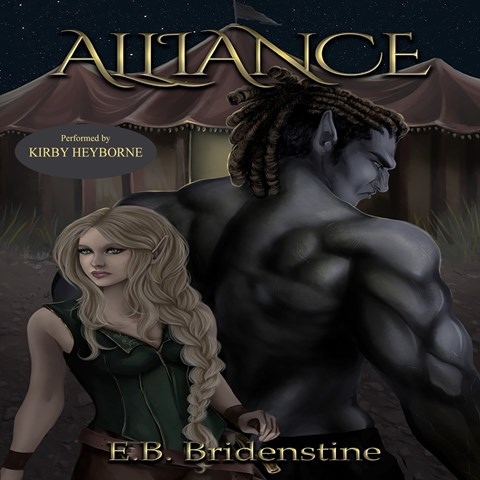 Kirby Heyborne narrates a captivating fantasy romance centered on an unlikely place: a magical circus in which creatures are forced to perform for humans. Elven Ranamayve, who stands out even among her kind, finds herself thrust into a world of brutality. But she finds solace in the warm heart of a half-orc named Bozek. Heyborne commands listeners' attention with a careful tone that captures the ear before unleashing a bevy of strange and wondrous accents, including the thundering voice of Bozek. Romance anchors the story, but Heyborne's masterful narration also builds upon the fantastic and fantastical for an engrossing listen. To the final minute, the story of Ranamayve and Bozek is an earnest romance brimming with action, adventure, and heart. J.M.M. Winner of AudioFile Earphones Award © AudioFile 2020, Portland, Maine [Published: AUGUST 2020]