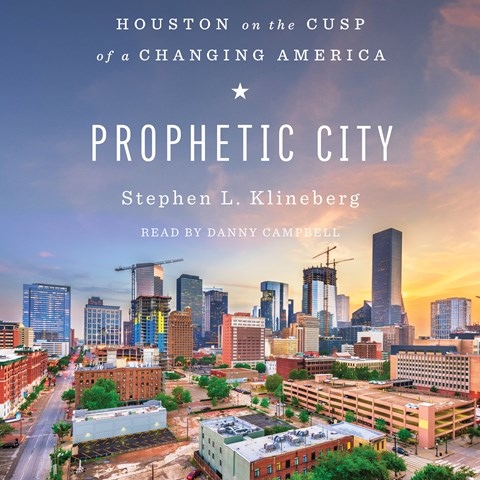 PROPHETIC CITY Houston on the Cusp of a Changing America

Narrator Danny Campbell puts energy into telling listeners about Houston's rowdy roots and keeps that energy throughout. His voice puts emphasis on the highs and lows as the evolution of the city is revealed, his tone ranging from boosterish to harshly critical. Author Klineberg and his Rice University students worked as part of a team that regularly polled Houston residents about their perspectives. They found a city with shifting attitudes as it became more diverse. They heard more willingness to fund education and to accept immigrants, for example. Klineberg makes the argument that "Houston is America on demographic fast-forward," its changes and needs showing the future of the United States. J.A.S. © AudioFile 2020, Portland, Maine [Published: JULY 2020]