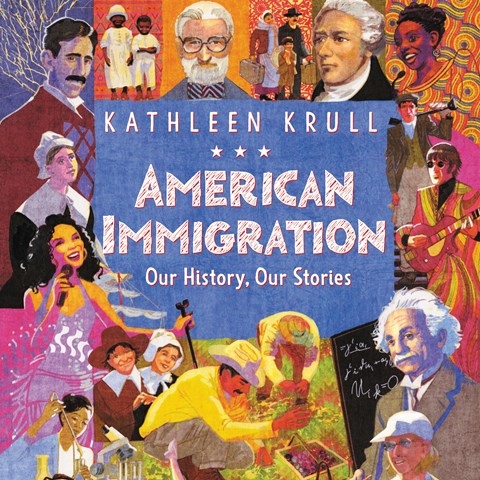 AMERICAN IMMIGRATION Our History, Our Stories

Kyla Garcia's narration moves quickly through this history of immigration in the United States, starting with the arrival of the continent's first Indigenous inhabitants and ending with events following the 2016 election. Tracing the country's complicated political, cultural, and social relationships with immigration, the audiobook depicts continuous waves of immigrants, such as German groups in the eighteenth century, Chinese and Irish Catholics in the nineteenth century, and Cuban refugees in 1980. Breaking chapters up with immigrant stories, such as profiles of the children aboard the MAYFLOWER, helps make the history more engaging. Garcia's neutral tone reflects impartiality when discussing both the contributions of immigrants in the U.S. and current anti-immigration critics' claims. S.C. © AudioFile 2020, Portland, Maine [Published: AUGUST 2020]