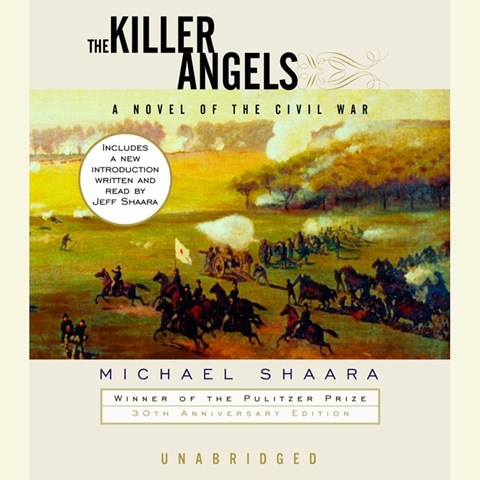 Stephen Hoye’s reading of Shaara’s Pulitzer Prize-winning text captures the tension of war even more than the movie GETTYSBURG. As an account of that great battle, it is filled with the sounds and smells of a spring day at one moment, the stench of decay the next. Likewise Hoye’s pacing follows the battle with confused but rapid energy at one moment, thoughtful stillness the next. Most striking, however, Hoye’s characterizations ring with astounding life. Lee is ever the easy, grace-filled father figure of our imagining; Longstreet has a voice to match his deep, thoughtful misgivings about this engagement; and Colonel Joshua Chamberlain speaks in a distinctive Maine accent, just as one would expect of a Bowdoin College classics professor. Both Hoye and Shaara have clearly done their homework, creating a package befitting this thirtieth-anniversary edition. P.E.F. Winner of AudioFile Earphones Award © AudioFile 2004, Portland, Maine [Published: DEC 04/ JAN 05]