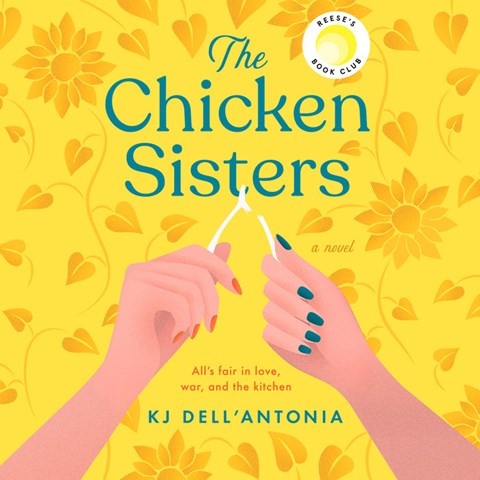 Narrators Xe Sands and Cassandra Campbell deliver a story told from the alternating perspectives of two sisters who work at feuding fried chicken restaurants. Amanda, who works for Frannie's, has a timid and kind nature that is reflected in Campbell's warm, soft tones. Older sister May, who is helping her mother run Mimi's chicken restaurant, is voiced confidently by Sands. Family secrets are uncovered as the two restaurants prepare to compete in a "Food Wars" episode. The compelling narration is evident in the details. For example, Sands's weary tones from a couple having the same fight repeatedly highlight marriage problems, and her delivery of a child's hesitant tone as he pronounces an unfamiliar word captures a comic moment. Campbell provides different laughs for a TV producer, displaying the character's two-faced nature. A.L.C. © AudioFile 2021, Portland, Maine [Published: FEBRUARY 2021]