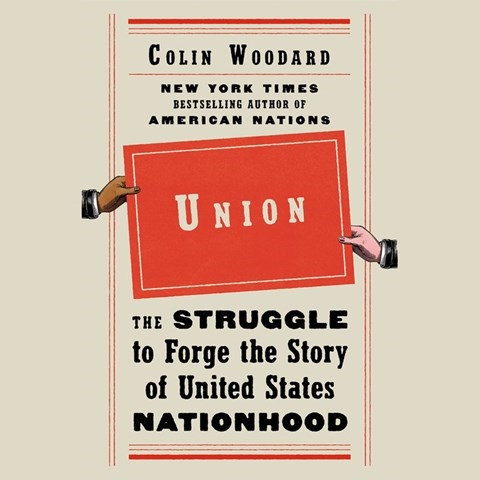 UNION The Struggle to Forge the Story of United States Nationhood

The United States did not become a unified nation just because the U.S. Constitution was signed. In the 100 years that followed, our nation grew slowly and painfully. Narrator Robert Petkoff tells the story of how a group of states grappled with their vision of a unified future and with the process of how to achieve that vision. Petkoff's perfect news announcer's voice is as riveting as the story itself, which is told from the perspective of men who lived through the times, including politicians, writers, historians, and even abolitionist Frederick Douglass. The author makes no attempt to hide the missteps and outright evils done in the century following our nation's birth. The story he tells leads us to a better appreciation of how delicate nationhood can be. M.S. © AudioFile 2020, Portland, Maine [Published: NOVEMBER 2020]