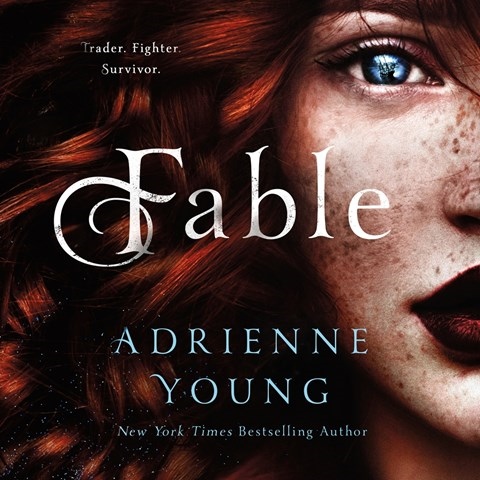 Narrator Emma Lysy tells the story of Fable, a fiercely independent and determined girl who is trying to reclaim a spot by her powerful father's side. Lysy's voice takes a little getting used to. At first, it comes off as slightly nasal--at odds with Fable's decisive and ferocious character. However, listeners will be hooked by the dramatic story of storms, secrets, and sailing, which distracts from Lysy's timbre. Abandoned on an unforgiving island by her father the day after a deadly shipwreck killed her mother, Fable has spent years working her way back to him so he can give her what he owes. Lysy captures all the drama and pathos as Fable fights her way to her destiny. E.J.S. © AudioFile 2020, Portland, Maine [Published: OCTOBER 2020]