Home»Reviews»THE OTHER SIDE OF THE SKY 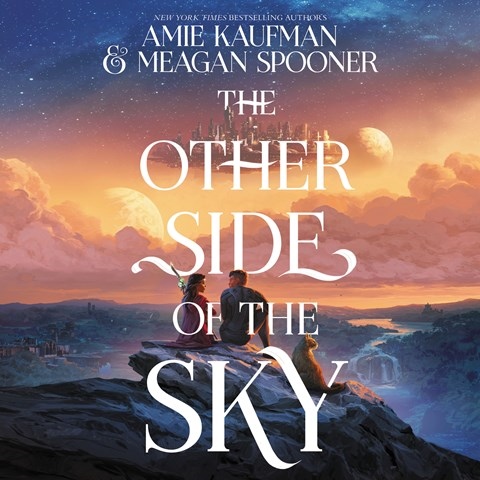 THE OTHER SIDE OF THE SKY

Two worlds--one above the clouds, driven by technology, and one under the clouds, driven by magic. Two points of views, and two narrators. Caitlin Davies creates Nimh, a young goddess on earth, and Johnathan McClain portrays Prince North, who swoops into Nimh's world in his glider. North comes to life as he searches for a way to get back home. From time to time, the two narrators conduct a dialogue as each character learns more about the other character's world. The two young people are wise in their own way. McClain captures North's confidence and bravado. His portrayal is contrasted with Davies's depiction of Nimh's quieter but just as determined manner. A cliff-hanger ending signals that this audiobook is the first in a new series. J.E.M. © AudioFile 2020, Portland, Maine [Published: OCTOBER 2020]