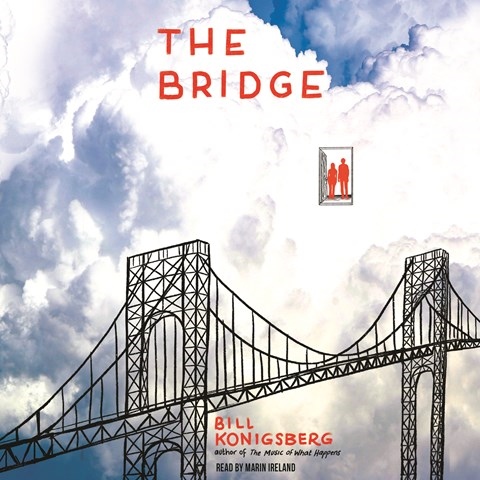 Aaron and Tillie are two depressed teens whose shared story plays out in four different scenarios, all narrated by Marin Ireland in a moving performance. They meet on the George Washington Bridge when both are contemplating jumping, and the story unfolds to detail what happens if one, both, or neither dies by suicide. Aaron is a musician whose songs--written by Konigsberg when he was a teenager and hauntingly performed by Ireland--never get the recognition he craves. The third scenario, in which both teens die, describes the countless ways Aaron's and Tillie's friends, family, and even strangers are changed irreparably by the loss, demonstrating the concept that everyone matters. Ireland excels in particular in her narration of Aaron's manic episode, in which she employs mania's signature fast-paced, intense speech. S.P. Winner of AudioFile Earphones Award © AudioFile 2020, Portland, Maine [Published: DECEMBER 2020]