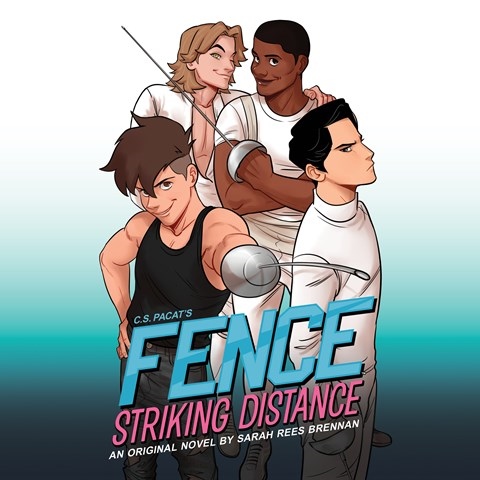 Narrator Will Collyer delivers an animated performance of this audiobook inspired by C.S. Pacat’s graphic novels. Nicholas, the illegitimate son of an Olympic fencer, barely claims a spot on his high school’s fencing team. Collyer’s depiction conveys Nicholas’s eagerness to fit in among his elite peers despite his poor background. After a narrow victory against another school, the boys are given team-building exercises to deepen their bonds. Fencing prodigy Seiji is voiced with crisp enunciation that echoes his frigid demeanor. Charming Aiden’s flirtatious personality is enhanced by Collyer’s smooth and sultry performance. Mature, but totally oblivious, Harvard is given a deeper timbre. Collyer’s youthful narration enhances the story’s angst, drama, and budding romance. A.K.R. © AudioFile 2020, Portland, Maine [Published: OCTOBER 2020]