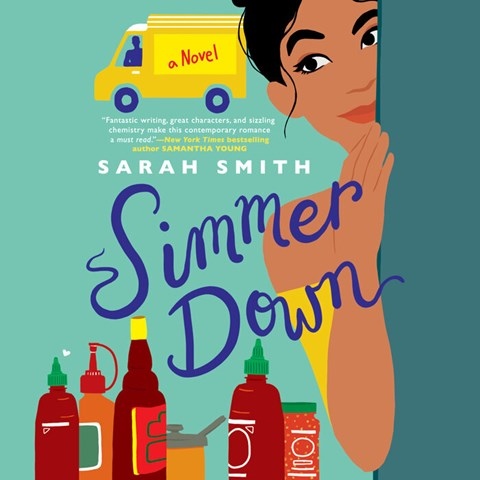 Donnabella Mortel narrates an enemies-to-lovers foodie romance. Nikki DiMarco is struggling to make it in Maui's competitive food truck scene when Callum James arrives and turns her world upside down. The relationship between Nikki and Callum is initially acrimonious due to stubbornness on both sides, and Mortel leans into the bickering: Nikki resents not being respected, while Callum is annoyed at seemingly arbitrary obstacles in his way. As their relationship changes, Mortel highlights the positive qualities of each that were not apparent when all they did was squabble. Nikki is fiercely loyal to those she loves, while Callum is unendingly generous and patient. Mortel is not always consistent with Callum's British accent, but that's a relatively minor flaw that can be overlooked. K.M.P. © AudioFile 2020, Portland, Maine [Published: DECEMBER 2020]