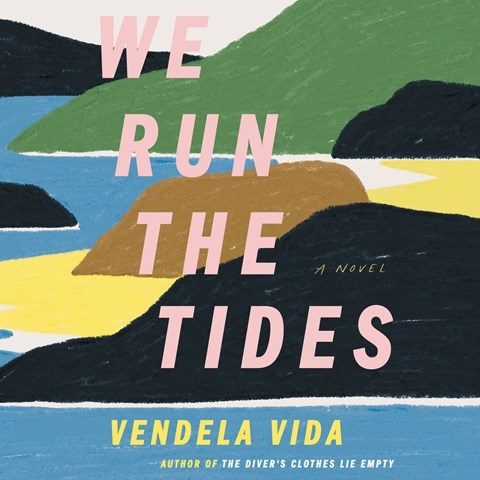 WE RUN THE TIDES

Marin Ireland's powerful performance captures a girl's joy and disillusionment in this compelling coming-of-age story. Thirteen-year-old Eulabee is best friends with the enigmatic Maria Fabiola, and they are on top of the world until the very grounded Eulabee begins to question the truth of what Maria says. Ireland's voices for all the characters consistently evoke their distinct personalities, both as teenagers and grown-ups, and reveal the complexity of their friendships with one another as Eulabee journeys to adulthood. The moody backdrops of San Francisco and its nearby sea cliffs are showcased by Ireland's resonant timbre and sensitive pacing, which capture the lyrical quality of the prose. Ireland's evocative narration is well suited to this atmospheric story. M.F. © AudioFile 2020, Portland, Maine [Published: NOVEMBER 2020]