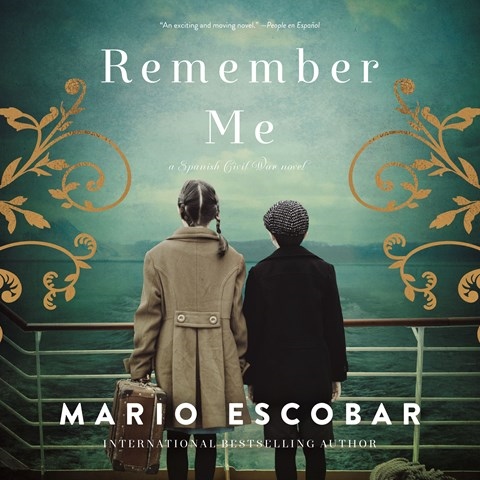 Zach Hoffman's performance is gently heartbreaking. He captures the trauma and resilience in Escobar's vivid historical fiction, set in the time of the Spanish Civil War. Young Marco and his sisters are forced to separate from their parents after war breaks out. They flee from Madrid to Mexico, where they become members of the Children of Morelia, joining the "battalion of desperate souls." As Marco and his sisters face brutality and sadness, they struggle to survive the cruelty of their surroundings while taking care of each other, with only the occasional letter from their mother back home. Hoffman's skill is on full display as he embodies characters young and old, his voice imbued with the struggle and strength of Marco and his family. S.P.C. © AudioFile 2020, Portland, Maine [Published: DECEMBER 2020]