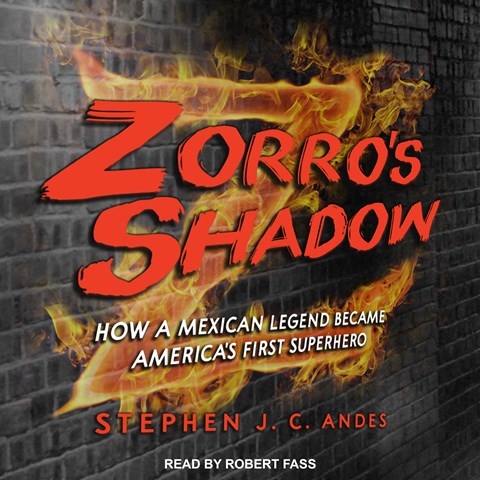 Zorro (Spanish for "fox") had a sword, a cape, and a secret identity, and he always fought for the little guy. What more could you want in a superhero? In a voice finding just the right midpoint between an academic tone and a sense of fandom and fun, award-winning narrator Robert Fass takes listeners on a deep dive into the history and cultural background of a character who sold millions of books and spawned dozens of films before Batman and the Lone Ranger popped up in comics and on the radio in the late 1930s. Zorro made his first appearance in THE CURSE OF CAPISTRANO by pulp writer Johnston McCulley in 1919, but it's the search for a historic Latin-American prototype that will keep the listener enthralled. B.P. © AudioFile 2021, Portland, Maine [Published: JANUARY 2021]