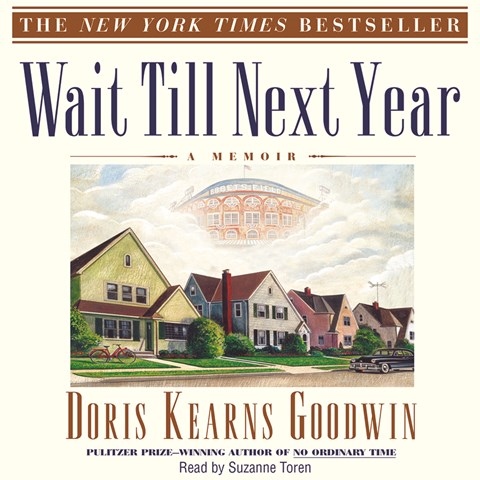 WAIT TILL NEXT YEAR

WAIT TILL NEXT YEAR, an example of a masterful autobiography read by an equally superb narrator is further proof that “baseball is life.” Pulitzer Prize winning historian Doris Kearns Goodwin, best known for her biography of Franklin and Eleanor Roosevelt, demonstrates how baseball, and her beloved Brooklyn Dodgers, shaped her childhood and her future. The story is charming, and Suzanne Toren gives another flawless reading. Toren perfectly captures the joys and frustrations Goodwin felt during the turbulent 1950s, including the thrill and agony of the annual pennant races, the betrayal she felt when the Dodgers moved away, and the social upheaval caused by the Dodgers’ signing of Jackie Robinson. Toren is especially effective conveying Goodwin’s youthful optimism, as well as her sadness during her mother’s illness and eventual passing. D.J.S. Winner of AudioFile Earphones Award © AudioFile 2004, Portland, Maine [Published: DEC 04/ JAN 05]