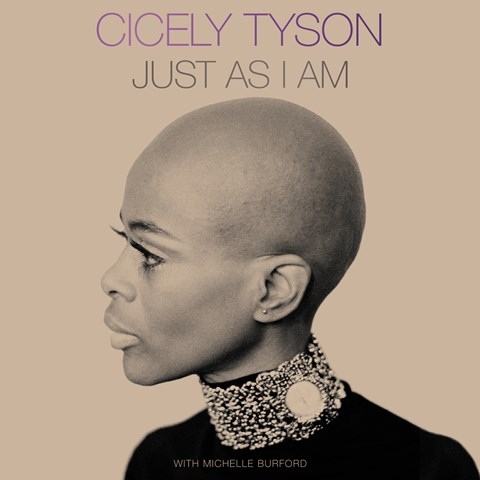 JUST AS I AM

After a deeply touching foreword by Oscar-winning actor Viola Davis and an introduction by the indomitable force that was Cicely Tyson (1924-2021)—narrator Robin Miles picks up the torch and delivers 16 riveting, thought-provoking hours on the life and times of the author. She was born in Harlem to parents who were West Indian immigrants. Her career in modeling and show business started late; she was 30 but was advised to say she was 10 years younger so that she wouldn’t be "aged out" of work. Winner of the Spingarn Medal, the most distinguished honor the NAACP awards; a Kennedy Center honor; three Emmys; a Tony; an honorary Oscar; and the Presidential Medal of Freedom, Tyson attributes her well-deserved success to luck, tenacity, and her personal relationship with God. In addition to being the first Black woman to star in a TV drama, she recalls her work in SOUNDER, THE AUTOBIOGRAPHY OF MISS JANE PITTMAN, and as Kunta Kinte’s mother in ROOTS, as well as many other groundbreaking roles. Robin Miles is truly remarkable as she relates wonderfully amusing anecdotes of Tyson’s life in the public eye, as well as revealing painfully intimate moments with her parents, her own family, and jazz great Miles Davis, with whom she had a longtime, turbulent relationship. Robin Miles delivers all with an elegance, dignity, and charm that would make Tyson proud. This honest account of Cicely Tyson’s life also tells of the history and trials of Black women over generations. She closes her memoir by saying that “Whenever God calls me home . . ., I want to be recalled as one who squared my shoulders in the service of Black women, as one who made us walk taller and envision greater for ourselves.” This audiobook is a must-listen, thanks to the combined brilliance of Robin Miles's performance and the genteel grace that pervades Tyson's prose. S.J.H. Winner of AudioFile Earphones Award, 2021 Best Audiobook © AudioFile 2021, Portland, Maine [Published: FEBRUARY 2021]