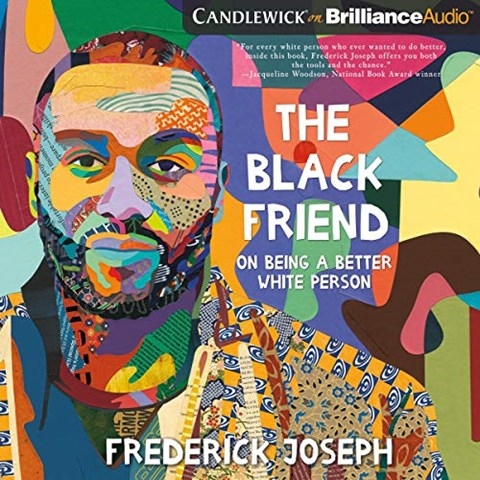 THE BLACK FRIEND On Being a Better White Person

Narrator Miebaka Yohannes replicates the inviting conversational tone of Frederick Joseph's audiobook, which is aimed at a white audience. Yohannes builds a relationship with listeners as he weaves together Joseph's stories of experiences with racism--his own and those of the activists he interviews, such as author Angie Thomas and sports journalist Jemele Hill. As Joseph introduces and reflects on antiracist practices, Yohannes amplifies his sincere and frank tone. The audiobook addresses issues such as systemic racism, cultural appropriation, and becoming an "active accomplice," and includes resources such as "An Encyclopedia of Racism" and "People and Things to Know." The balance of humor and sincerity creates a powerful audio for parents and teens to share. S.W. Winner of AudioFile Earphones Award © AudioFile 2021, Portland, Maine [Published: JANUARY 2021]