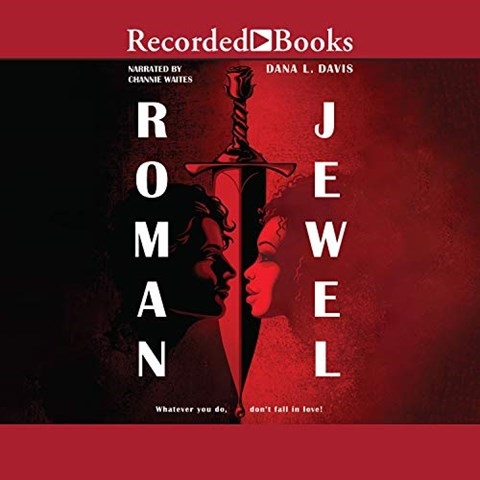 Narrator Channie Waites brings drama and enthusiasm to this charming romance featuring the stars of the next hit Broadway musical, a hip-hop retelling of ROMEO AND JULIET. Sixteen-year-old Jerzie's talent makes her the perfect fit for the lead, but the producers are dead set on superstar Cinny selling out seats, leaving Jerzie as the understudy. Male lead Zeppelin's alluring charisma and deep, rich voice instantly attract listeners, and even Cinny's claim on him can't stop Jerzie from instantly falling in love. After a recorded rehearsal between Zepp and Jerzie goes viral, fans weigh in on which leading lady they prefer. Waites's vocal versatility lets her seamlessly switch between several accents and languages as she gives the diverse cast members recognizable individual voices. A.K.R. © AudioFile 2021, Portland, Maine [Published: MARCH 2021]