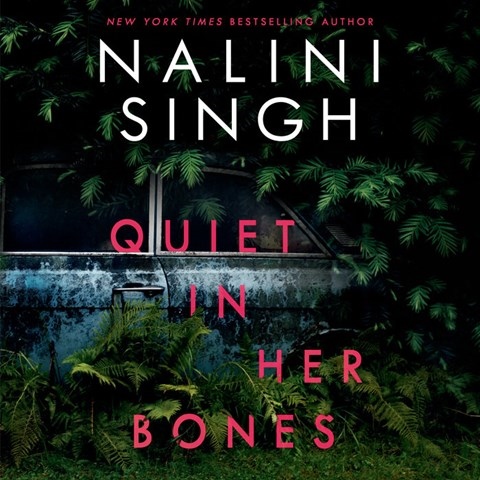 QUIET IN HER BONES

Narrator Raj Varma portrays Arav, a rising star in New Zealand's literati who suspects that the childhood trauma of his mother's disappearance might have turned him into a sociopath. A decade later, the police find Arav's mother's body just a few miles down the road from his wealthy neighborhood. All signs point to foul play, and it's clear one of Arav's neighbors must be the perp--but is it the abusive husband, the lecherous trainer, the former maid, the best friend, or the closeted son of a conservative politician? Varma's performance helps listeners distinguish between a pantheon of murder suspects and sort through the twists and turns of this slow-burn suburban whodunit. G.P. © AudioFile 2021, Portland, Maine [Published: APRIL 2021]