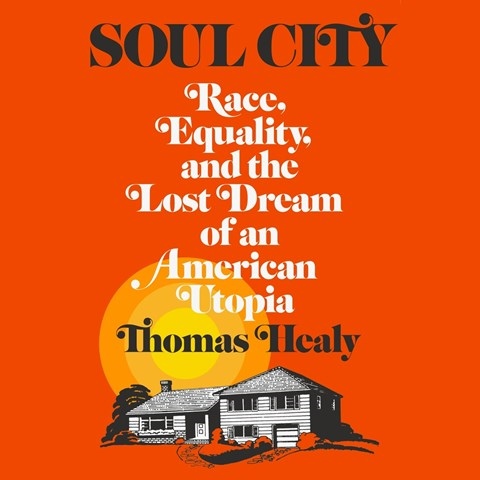 SOUL CITY Race, Equality, and the Lost Dream of an American Utopia

Larry Herron dynamically narrates the true story of Floyd McKissick, a racial equity leader who sought a solution to urban unrest in 1969. McKissick's dream was to create a city for people of all races that featured equality for people of color, particularly in jobs and housing. Herron brings alive those involved in establishing Soul City, a project backed by $14 million in federal loans that was set on 5,000 acres of North Carolina farmland. Herron portrays the people who joined with McKissick, such as architect/politician Harvey Gantt, who sought to design the model community. Listeners also hear the prejudice of Senator Jesse Helms, the frustrating practices of Housing and Urban Development officials, and the bias of local reporting. Especially haunting are Herron's portrayal of McKissick's visionary nature, his determination to create a just city, and the heartbreak that results. S.W. © AudioFile 2021, Portland, Maine [Published: MARCH 2021]