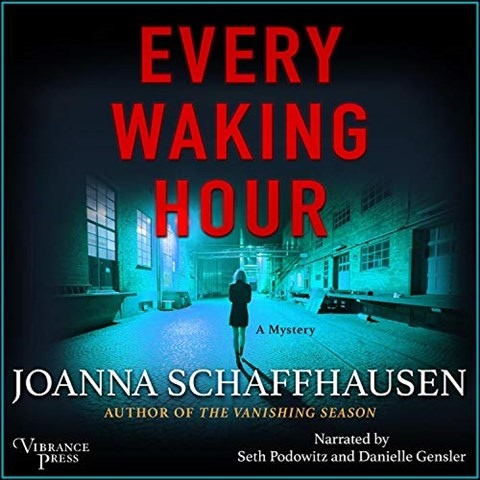 This audiobook is the fourth police procedural in the Ellery Hathaway series. Ellery, who as a youth was the victim of a sadistic madman, is now a police officer in Boston and a fierce champion of crime victims. Danielle Gensler portrays Ellery as strong yet vulnerable, her voice both resolute and compassionate. Ellery is the lead detective in the case of a missing preteen who vanishes from Boston Common while Ellery is there with her boyfriend, an F.B.I. profiler. Listeners will enjoy rich storytelling, replete with adroitly depicted characters, and fascinating interlocking relationships. Seth Podowitz narrates the voice of Reed Markham, giving the clever, macho lawman a firm but likable persona. This is satisfying listening that highlights characters who battle evil rather than fleeing it. D.L.G. © AudioFile 2021, Portland, Maine [Published: JANUARY 2021]