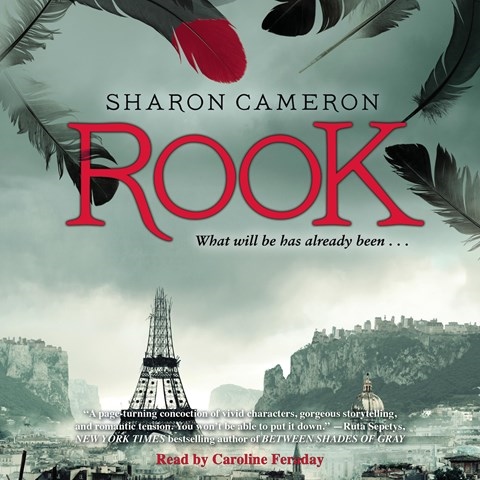 Caroline Feraday's brisk narration moves this swashbuckling romance along with a vigorous cadence and tone. If it's true that history repeats itself, 18-year-old Sophia Bellamy is in the thick of it. In a dystopian future, the earth's magnetic poles have shifted, wiping away all technology and returning Paris, now the "Sunken City," to a political hellscape. Fierce and fearless, Sophia disguises herself and sets out to rescue the innocent from the Razor, leaving behind her calling card, a red-tipped rook feather. But her derring-do is threatened by her engagement to the foppish René Hasard, which is designed to save her family from financial ruin. Feraday's intense performance is a fine match for the compelling storyline. S.G. © AudioFile 2021, Portland, Maine [Published: FEBRUARY 2021]