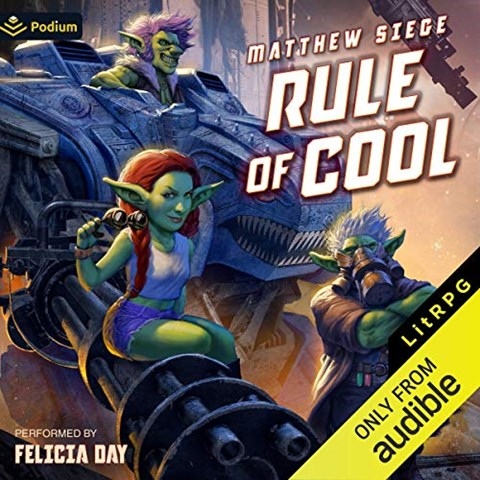 Felicia Day narrates a sidesplitting literary RPG (role-playing game) told from the perspective of the story’s monsters. Raze is a gearblin—a mix of goblin and gremlin—in a game in which the players carry out quests. Using a special code, Raze casts aside her chains and gathers other monsters to face down the game’s so-called heroes. Day is perfection as the strong-willed, vivacious Raze. She captures the hilarity of the other characters, as well. The story balances the game mechanics of the genre with a compelling narrative that is brimming with heart. Enhancing the clever blend of pop culture and video game references, Day captures the spirit of the story beautifully. Raze's journey is hilarious, and Day's performance boosts the story to the level of a must-listen for fans of the genre. J.M.M. Winner of AudioFile Earphones Award, 2021 Best Audiobook © AudioFile 2021, Portland, Maine [Published: MAY 2021]