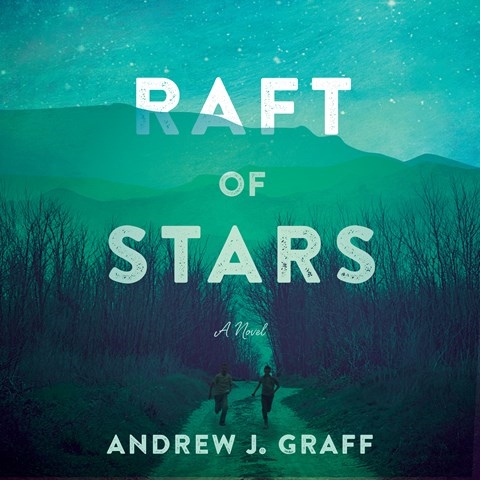 Narrator Lincoln Hoppe's delivery is measured as he gives unique personalities to the characters in Graff's debut novel. Fish and Bread are two 10-year-old boys who are on the run in the northern Wisconsin wilderness after Fish shoots Bread's father in the head. They speak in short, declarative sentences as they navigate the wilderness, their fear, and the weight of their actions. Teddy, Fish's wise grandfather, and Cal, a transplanted Texan who is the new sheriff, are on their trail. Teddy's gruff voice is often impatient as he deals with the sheriff's lack of knowledge and experience. Cal lacks a Texas drawl as he navigates his doubts and the new world he finds himself in. Fish's mother, Miranda; 20-something Tiffany; and Constable Bobby add further dimension to the story. N.E.M. © AudioFile 2021, Portland, Maine [Published: MAY 2021]